Things are heating up in the War of the Realms and the Avengers are ready to prove why they are Midgard’s Mightiest Heroes. Led by Asgard’s All-Mother, Earth’s defenders split into a variety of groups to prevent Malekith’s spread across the globe and the other realms. The Strikeforce tie-in comics highlight the separate teams taking the fight to the Dark Council. Lady Freyja gathers Punisher, Ghost Rider, She-Hulk and Blade to journey into the Dark Elf Realm and destroy the Dark Bifrost. Captain America joins his former New Avengers teammates Spider-Man, Wolverine, Luke Cage and Iron Fist in searching for Thor in the Land of Giants. Meanwhile, Captain Marvel fights on the front line along with her War Avengers: Deadpool, Lady Sif, Black Widow, Venom, Captain Britain, the Winter Soldier and Weapon H. But those three impressive teams are not enough to put out all the fires raging across the final realm. The New Agents of Atlas, starring Shang-Chi, Silk and Brawn, defend Asia from the Queen of Cinders. A team of Giant-Men infiltrate the ranks of the Frost Giants and Spider-Man himself is tasked with leading the League of Realms.

Outside of the events of War of the Realms, the Age of X-Man continues for the X-Men and the Vulture takes the fight to Kraven’s robot hunters in the Amazing Spider-Man “Hunted” event. The Savage Avengers series kicks off with a deadly crew of Antiheroes including Wolverine, Punisher, Elektra, Conan and Venom. Potential important team-ups take place in Ironheart with an appearance by Miles Morales and in Unstoppable Wasp when she encounters the Winter Soldier, a fellow Red Room alumni. Spider-Man/Deadpool reaches it’s 50th issue milestone and Free Comic Book Day provides bonus appearances for the Avengers, both Spider-Men and Venom.

Dopplegangers or repeat appearances of our main characters are found in the Essentials, Marvel Action, Marvel Legends, Marvel Tales, Marvel Super Hero Adventures and Mighty World of Marvel books as well as any MCU tie-in series and thus do not count for their prime universe counterparts. Please see the attached Power Summary file for further power clarifications and follow along with our #FantasyComicLeague tweets on Twitter for official power scoring and discussions. Appearance estimates, based on comic solicitations and cover artwork provided by the Marvel Database wiki, are meant as a guideline and not an indication of a specific draft order. Character names, team designations and power sets conform to the most current information provided by the Database. 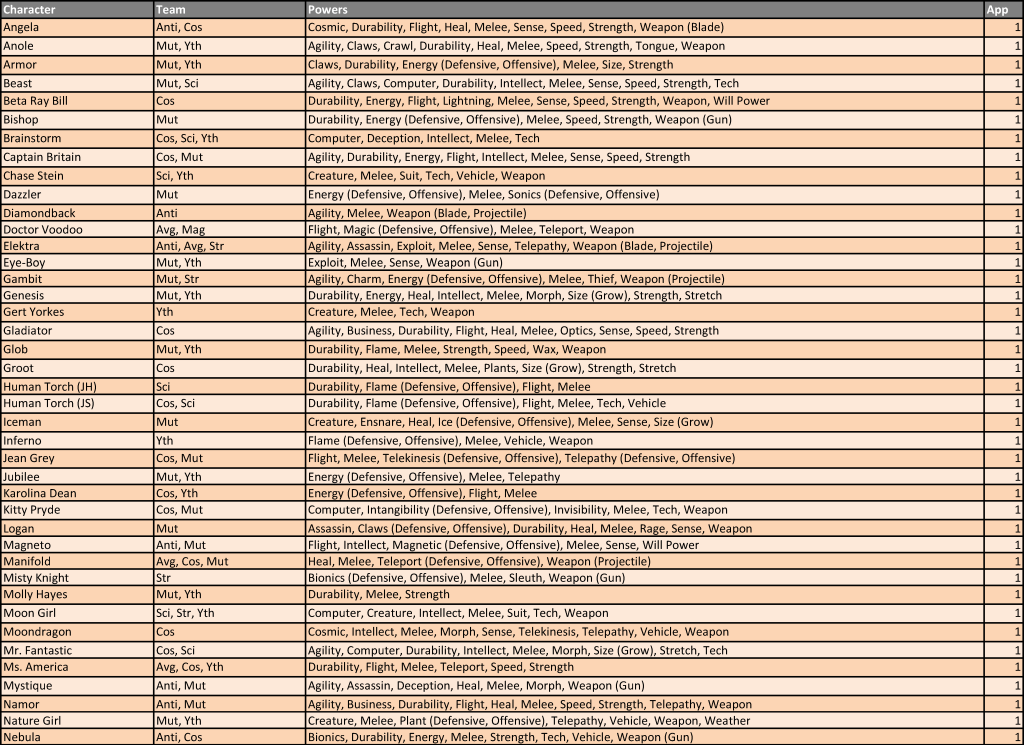