Peace in Latveria never seems to last for long. Despite the Agents of the Fantasy Comic League coming to the rescue in the previous season, new threats lurk in the shadow of Castle Doom. The majority of the crew remains on the scene, but this time the returning agents are joined by a new recruit, Agent @reyreymondo. Their first task this season: to aid the citizens of Latveria in returning to their homes and cleaning up the mess left by the Champions’ recent battle with Lucia von Bardas over the possession of a Helicarrier. But it’s not all good samaritan work for our agents. Many unscrupulous characters seek to take advantage of the recent chaos and enact their own schemes for control of the country.

May saw an exorbitant amount of action over the five-week month, and the agents even had to put in some overtime thanks to the Free Comic Book Day event. A total of 12 antagonists were defeated and seven civilians were saved from danger. However, the focus fell on the recruited heroes who experienced 27 character defining moments, six of which were had by Peter Parker, the Amazing Spider-Man.

Breakdown – Agent @KingofTysons, the previous season’s top performer, started off strong once more thanks to Peter Parker’s untouchable 56-point performance. Along with Spider-Man, King recruited Captain America, the only two heroes to hit for the Fantasy Cycle this month. His 127-point performance was never really in danger of being matched. 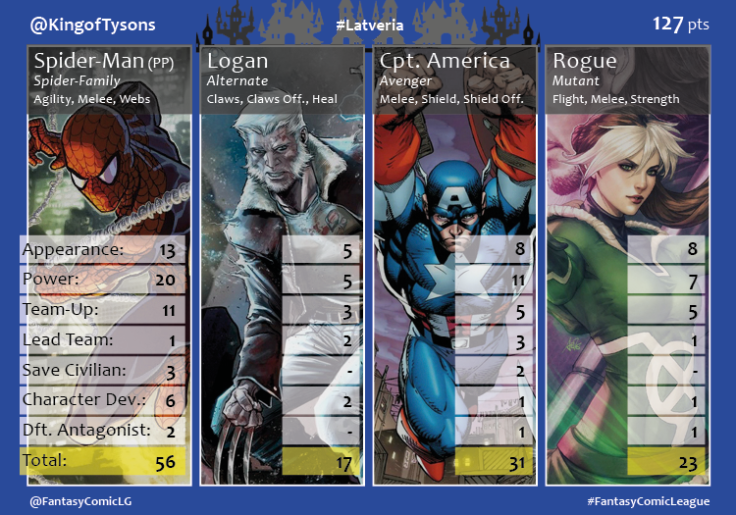 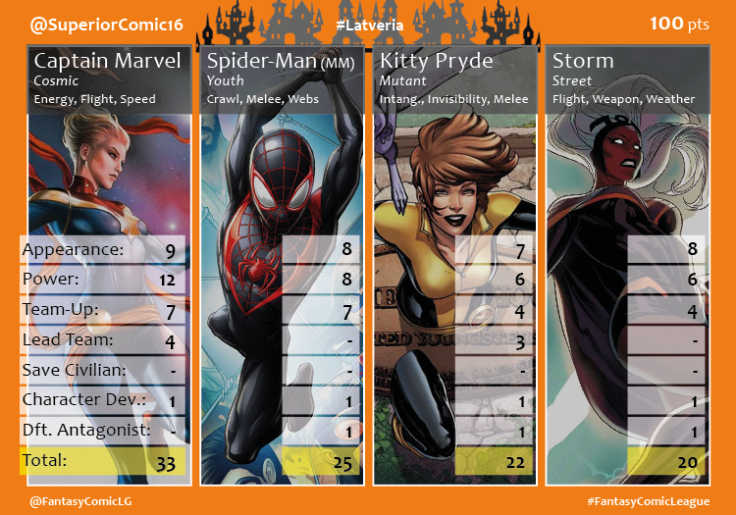 Agent @SuperiorComic16 gave King a run for his money with his own triple-digit score, backed by Captain Marvel’s impressive finish to the month. She scored a third of Superior’s 100 points. Superior held off Agent @sotonspidey‘s strong third-place team despite Daredevil’s best efforts leading his team to 92 points. Tony Stark and the original Thor returned to being top-tier heroes in May after reforming the Avengers, but soton may have relied on them a bit too much a month before their new solo books launch. 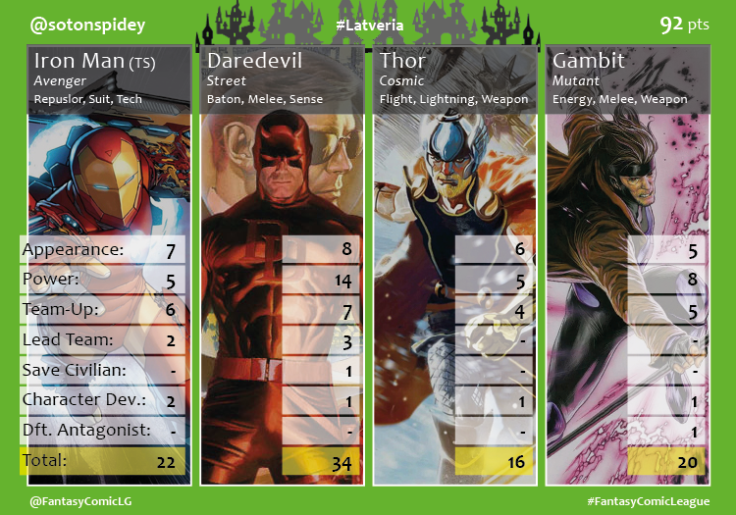 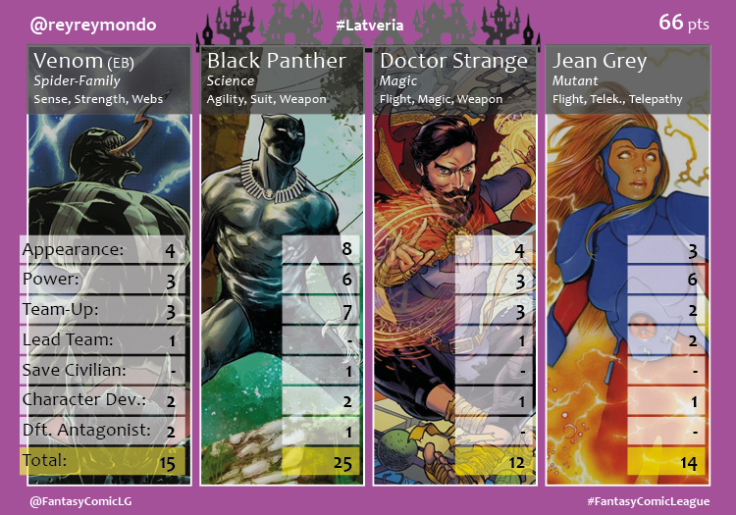 New recruit Agent @reyreymondo finished in a distant fourth with a respectable 66 points for his first month in the League. Black Panther was his star hero with 25 points, while Doctor Strange continued to falter. The Sorcerer Supreme only managed 12 points despite the end of his current comic run, as well as appearing in the new Avengers title. Agent @JamesBSheppard banked on the wrong X-characters to start off his second season with the League. The original Wolverine continued to claw his way back into the comics, but only put up 5 points for the sophomore soldier. James’ best recruit was Deadpool, who only managed 16 points which is extremely sub par for the mercenary. James should have no problem improving on his 32 point total in the remaining seasons of the month.