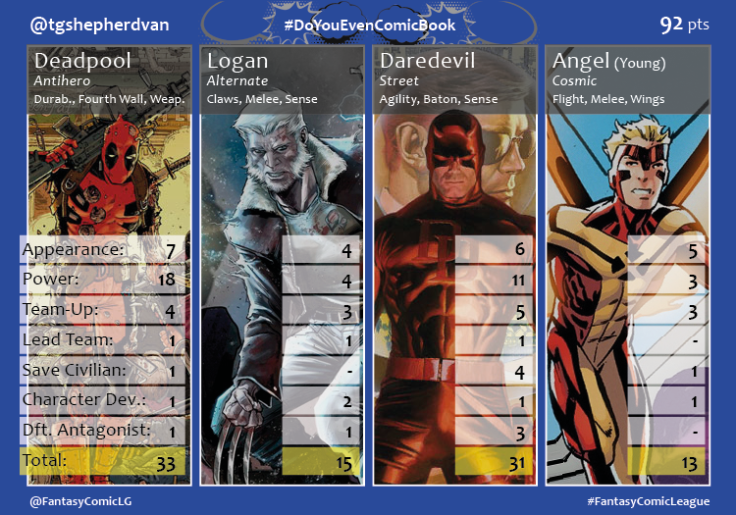 It’s that time again, ladies and gentlemen. Let’s look at the performance numbers from Do You Even Comic Book!? For the month of August. Let’s see who pulled out employee of the month! Taking the victory by landslide, with an overall average of approximately 20 points over the next highest contended, TGShep has proved that she knows what heroes to market. In this case betting on red did her actual due diligence and both Deadpool and Daredevil pulled her team forward for an astounding victory for player of the month. Following closer on her heels was geek analyst who invested a great deal of his stock in the wind rider, Storm. Still, he made sure that Doctor Strange and Ms. Marvel used their magical and inhuman abilities to bring them to their secondary standing. Excellent.

Shoring up behind them with mediocre numbers and a decently performing Captain, IVWall, did not get as much backing from Wakanda or the young X-men as he’d hoped. The results show this failure. Following up is DatOne, with great choice in the leadership potential of Kitty Pryde and Captain Marvel, but a poor showing from her younger members. Both America and Laura seem to have been distracted this month. And lastly Kaiju put his best foot forward with a strong lead from Tony Stark, with a nice public backing from Thor, however both of the Riders must’ve thought this duty “beneath them” as their numbers show. We’ll see the team back in September with hope of even greater numbers than August. Meeting adjourned! 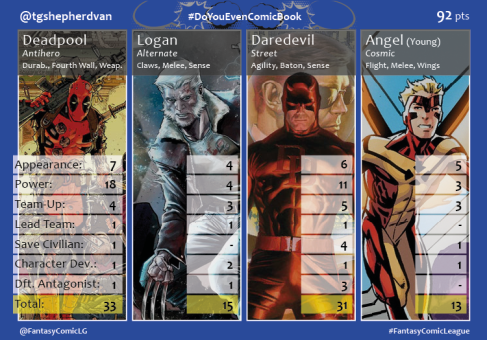 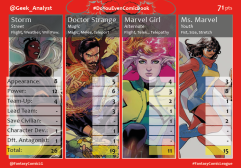 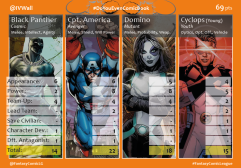 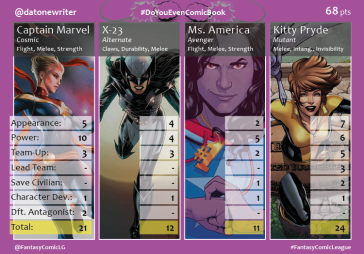 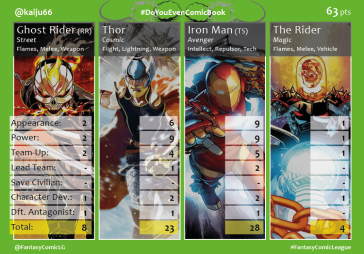