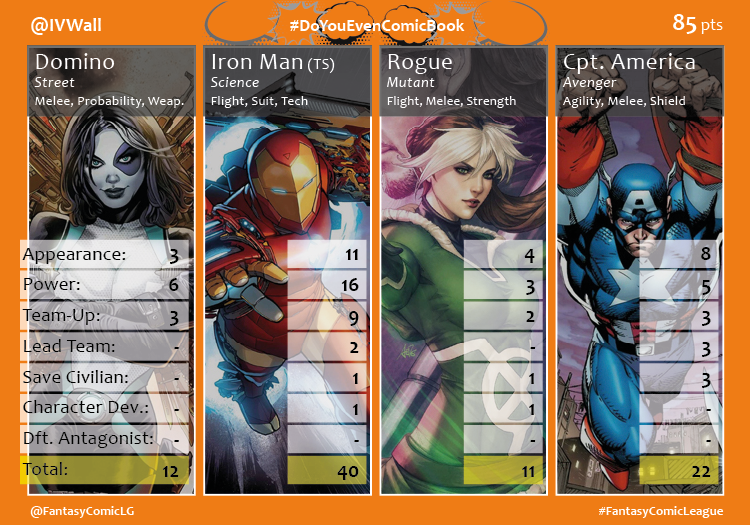 It’s that time again, ladies and gentlemen. Let’s look at the performance numbers from Do You Even Comic Book!? For the month of July. There was a staggering increase and outlying performance from IVWall (85) who seems to have employed the use of Stark Industries tech as a business strategy. The Iron Man alone yielded a bulk of his profits (40).  Supplemented by the support of the super soldier Captain America (22) and investments based on luck and southern charm, he’s turned out the highest numbers. However Datone and Geek Analyst both coming in the next highest on the charts are standing at near equal footing (55). It was however Carol Danvers’ (25) conservation of energy through absorption techniques that squeezed out a few more points, thus giving Datone the final advantage over the close by not quite ample enough magics of Analyst’s Sorcerer Supreme (23). Next up in the pool was Kaijuu (50), who seemed to struggle without the help of his recently expelled friendly neighborhood partner and relied primarily on worthiness (25) and kingship (13) to garner his numbers. And lastly there was TGshep who allowed the antics of the merc with the mouth (27) to slaughter the board, but with Viv and the X-men wary of the merc’s methods, they didn’t feel confident in backing Deadpool, thus causing her to fall short. The next board meeting will be in August, I’m curious to see what investment strategies will be employed then. Meeting adjourned. 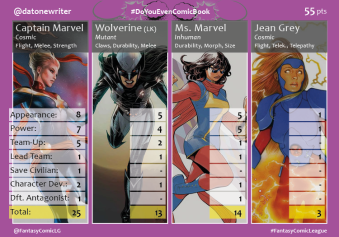 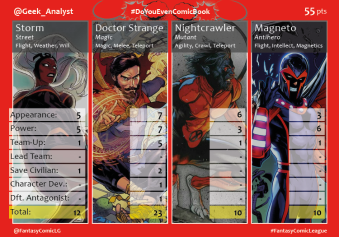 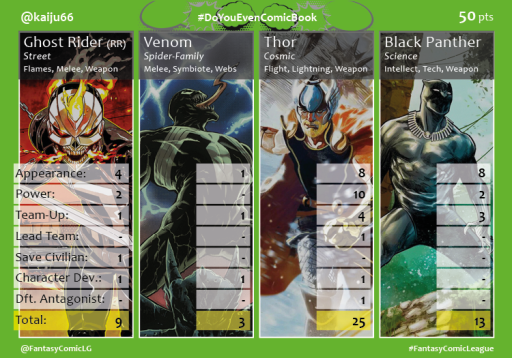 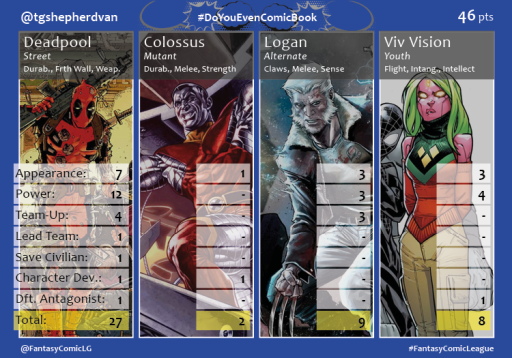