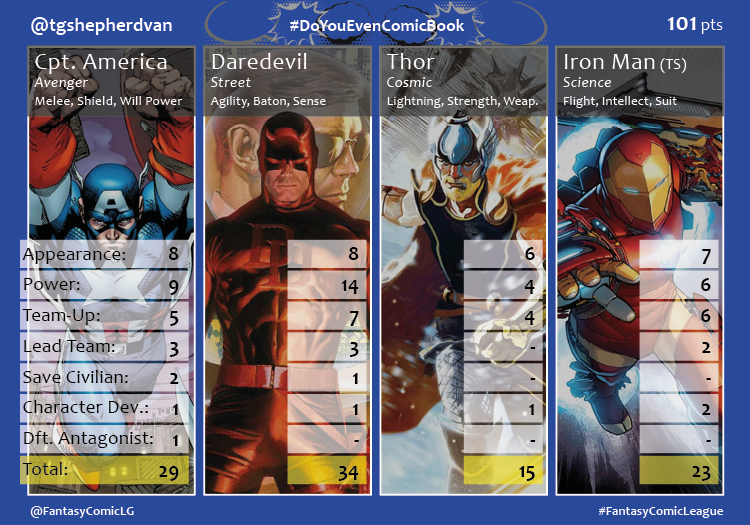 From the dredges of the globe, and the corners of the earth, convening together in a mass of comic knowledge, comes the Do You Even Comic Book!? Division. A veteran of the league TGShep proves that she indeed does, with Team Manly Men, managing to get the big three Avengers all on one team and scoring a knockout 1st place score of 101 points. Following close after with the power of Captain Marvel resonating in his hands, comes Vincent (85) with moderate performances from Spider-Man, showing that Peter isn’t the only spider in the friendly neighborhood. Following close after with Peter himself is Kaijuu (82), the MVP scoring a whopping 53 points alone. Following them is the fearless leader trailing behind, Sceritz (70) with decent showings from Black Panther, and Logan, but not powerful enough. And lastly is DatOne (60) with her tried and true method of choosing all women, taking up the rear. Be ready for the return next month when this division shows that it does, indeed, comic book.